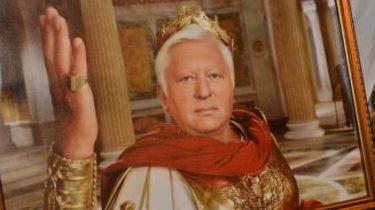 GPU management tried to close the case against the suspects in the case, which concerns the ex-Prosecutor General Viktor Pshonka and his son Artem.

This was written in Facebook member of the Public Council of integrity with High qualifications Commission of judges of Roman Maselko.

“Fuss and feathers”. Poroshenko commented on the interdepartmental conflicts of the Prosecutor’s office

“And You know that the persons wanted were free to visit the General Prosecutor’s office on Reznitskaya, to meet with the Deputy Prosecutor General Yuri Stolarchuk and “solve” them with their questions? The person who prepared the suspect in the case, with regard to Viktor Pshonka and his son Artem in October 2016, twice personally met on the street Reznitskaya sun Deputy attorney General J. Stolyarchuk,” – said the lawyer.

According to him, Stolyarchuk four months had not signed the suspected person, and then allegedly closed the case without any basis and in violation of their authority.

“After the case resumed, he simply takes the investigators from the Department Sergey Gorbatyuk (Deputy head of the Main investigative Directorate – head of Department of special investigations of the GPU – ed.) who are trying to make the transfer of the case to the court and punish the perpetrators,” said Maselko.

GPU management tried to close the case against the suspects in the case, with regard to Viktor Pshonka and his son Artem…

Journalist Yuriy Boiko, in turn, announced in Facebook that the Qualification and disciplinary Commission of prosecutors drew Stolyarchuka to disciplinary responsibility for illegal attempt to close criminal proceedings which are investigated in the Department of special investigations of the Prosecutor General in his statement. Now this case goes to court.

“We are talking about criminal proceedings, registered in 2014 in connection with the antics in the vastness of the blessed nikolayevshchina son of former Prosecutor General Artem Pshonka and well-known citizen “Cartoon” (Mikhail Titov), who now has the opportunity to think about their behavior in prison. Pshonka in 2012 interested in 1500 hectares of land in the Pervomaisky district of Mykolayiv region, which was mineral deposits. But the land owners refused the offer of Artem Pshonka on joint development of resources – it was and is the land for agricultural purposes. Then Pshonka Jr. addressed to “Cartoon”, and he organized everything in the best traditions: under the direction of the Chairman of the Pervomaisky district state administration of the Nikolaev area was made false documents for the land, and imported from other areas “aunts” made an armed attack on villagers,” – said Boyko.

We will remind, yesterday, on the Day of the Prosecutor pravougaonik the head of Department Yury Lutsenko declaredthat his team for a year and a half managed to complete the task that stood before her, and in fact “to dismantle the post-Soviet punitive system of the GPU to dramatically step up the fight against corruption, to give the result in the square and beat rampant crime”.