In Australia there was a scandal because of the “indecent” statue of St. 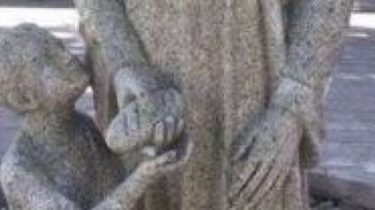 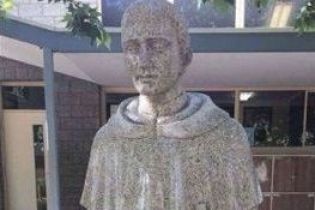 Australian school covered with black cloth “potentially indecent” statue of the Saint, sending the boy a loaf of bread.

The sculpture representing St. Martin de Porres, have been widely criticized after her picture was posted on the Internet. Unfortunate position of loaves of bread, which holds the Holy, led to the wrong interpretation of the scene, the BBC reported.

Waiting For Iduna. In the river can be a statue with the famous meme

In a message posted on Facebook, chief Executive officer of the school Simon Cobiac apologized to the school community for “any anxiety” caused by the statue.

He said that the school approved the project and ordered the sculptor in Vietnam, but “after the arrival of the three-dimensional statue seemed to [school] potentially obscene”.

The statue was installed last week, and then it was covered with black cloth.

Mr. Kubiak noted that the statue was to show the “tireless work of St. Martin de Porres, the Dominican brother, for the poor.”

Martin de Porres is a Peruvian priest who lived in the 16th and 17th centuries. He is the first mulatto-American canonized by the Catholic Church. De Porres is the patron Saint of peace throughout the world.

We will remind, in the hometown of Cristiano Ronaldo, the Portuguese Funchal (Madeira island) in honor of the football player was set a bust of star player, which is a little like the original. To be less polite, the statue does not look like Ronaldo. And it could not fail to note the fans of the Portuguese. In Network is harshly ridiculed the strange bronze creature.