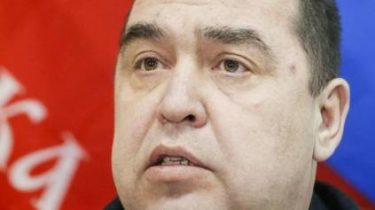 The new head of “LNR” will be the resigned President of Zimbabwe, Robert Mugabe. So, social networking joke about the”coup” that is happening now in the occupied Lugansk.

21 Nov the city centre was blocked off by people with guns. And in the evening in Lugansk came a military convoy with militants “DNR”. The reason for all this is the conflict between the leader “LNR” Igor Carpenter and head of the so-called “Ministry of internal Affairs of LNR” Igor Cornet. It is unknown who will win, but the Russian media wrote that the Kremlin took the side of the Cornet.

As social media users to joke about the events in Lugansk, we offer you to look at our collection.

If Putin really wanted without losing face to leave the Donbass adventure, now would be the best time…

Gone are the days when included “Swan lake”. Now even turned off all the TV in Lugansk. The building of the Mall is filled …

Photos of columns of military equipment that have invaded today from Donetsk to Lugansk. These were taken from the car of the OSCE. Especially mn…

Young Luhansk Republic is in danger and surrounded by enemies. This invasion of the Donetsk junta in the internal Affairs of a sovereign …

The direct inclusion of the administration of the head of the LC: pic.twitter.com/QF9m5kqpHr

For Carpenter flew the plane – Syria agreed to give him asylum. With him out, the members of the Cabinet of Ministers “LC” pic.twitter.com/27XxwKFTNQ

We joked about Luganda and Dombabve and doshutilis. In Lugansk an armed rebellion, armored vehicles, military. LC in the same club with Zimbabwe now. pic.twitter.com/xBNPQZJXup