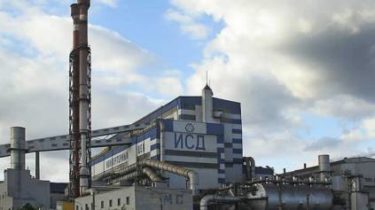 Corporation “Industrial Union of Donbass” (ISD) has officially stated about the possibility of losing control of three major factories which are located in occupied by fighters “LNR” Alchevsk. We are talking about “Alchevsk metallurgical combine”, “Alchevsk coke plant” and PJSC “Ekoenergija”.

According to the manual “ISD”, the unknown person with the help of armed militants “are committing a gross attempt to interfere in the activities of enterprises”. The true intentions of these individuals to the Corporation is unknown.

“Interfax-Ukraine” with reference to sources reported that on 27 November with the approval of the militants Lugansk Alchevsk iron and steel works came under the control of the company “Vneshtorgservis” oligarch-fugitive Serhiy Kurchenko.

In the “ISD” note that enterprise in Alchevsk, until recently, carried out economic activity in accordance with Ukrainian legislation. In case of loss of control over its assets, the Corporation will not be able to ensure the continued operation of production assets in Alchevsk accordance with the legislation of Ukraine.

Also, the company pay attention to the fact that the property rights of mortgagees in the large industrial property complexes of the enterprises of ISD: international Finance Corporation, the European Bank for reconstruction and development, as well as a group of international banks and financial institutions that financed the development of different elements are unique Alchevsk industrial complex.

“Forced “nationalization”, “external management” or any other form of illegal intervention in activity of the enterprises would be a violation of not only the rights of ownership of companies in the ISD group, but also the property rights of international creditors,” – said in a statement.

“Metinvest” has lost control over enterprises in the occupied Donbas

The Corporation “ISD” are ready to cooperate with the creditors of the group companies and their legal advisors to protect the rights and interests of asset owners and lenders.

We will remind, in February of this year on the uncontrolled part of the Luhansk region stopped Alchevsk metallurgical plant, included in the Corporation “Industrial Union of Donbass” (ISD). On 13 February, the plant has completely stopped production of pig iron due to the shortage of iron ore that comes from mining and processing enterprises of “Metinvest”. In AMK said that raw material supply is stopped due to blocking of the railway.