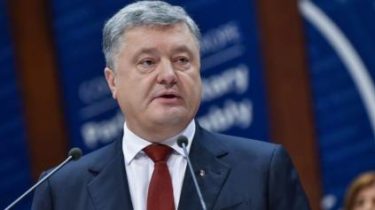 In the near future in Ukraine will be held referendums on NATO membership and EU membership.

This was stated by President of Ukraine Petro Poroshenko at a solemn event on the occasion of Day of prosecutors.

“We are strongly aiming at Euro-Atlantic integration, and I do not doubt that in the foreseeable future in Ukraine, for sure there will be a referendum to join NATO, and I am convinced that the Ukrainian people will support this my initiative, and membership in the European Union”, – he stressed.

According to Poroshenko, the results of the voting will be the same convincingly positive, “as has already been inscribed in the annals of history, a referendum on independence”.

Separately, the President noted that now there is every reason to believe that the worst is over in Ukraine overcome the economic crisis, removed the “sharpness painful questions” and the new army successfully defended the country against the encroachments of the Russian aggressor.

We will remind, earlier the NATO Secretary General Jens Stoltenberg said that the unit door open to Ukraine and Georgia. The NATO Secretary General noted that since the end of the Cold war and still the number of Alliance members has almost doubled, and this year to the military unit was joined by Montenegro. This suggests that NATO’s doors are open, says Stoltenberg.

“Of course in order to become a member of NATO needs to comply with the requirements of the Alliance, to reform. Georgia and Ukraine are now focused on the reforms, the modernization of defence institutions, fighting corruption and strengthening democratic institutions”, he said and added that NATO and other allies help Ukraine and Georgia on the implementation of these reforms.