Sytnik accused the SBU in the disruption of special-ops NABOO 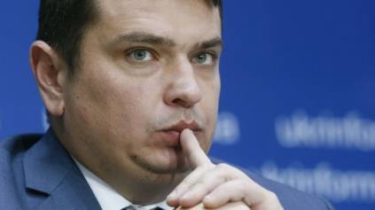 Director of the NABU Sytnyk accused the SBU in the breakdown of all the special operations Bureau.

He stated this on Friday, December 1, during a briefing.

“The purpose of action SBU – breakdown of the special operation to NAB the schema documentation in GMS”, – he told, commenting on the scandal with the arrest of an agent of the Bureau.

According to Sytnik, the second purpose of security is to disrupt the operation of NABOO. “This goal is also reached, transactions are suspended,” he said.

At the same time, Sytnik said that the NAB team has all the chances to continue the struggle and to demonstrate the results that shows the Bureau.

He also said that first Deputy Chairman GMS was not a key person involved in the RAID. “We expected to uncover a vast corruption scheme in GMS. In a country that is at war, it is impossible to prevent illegal issuing of passports of the citizen of Ukraine”, – he said during a briefing.