Agents of NABOO, nobody was arrested – Sytnik 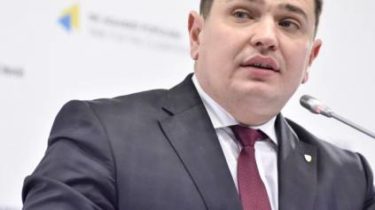 Agents of the National anti-corruption Bureau of Ukraine were appointed by competition, taking account of the law on the NABU and the law on state secrets.

This was stated by the head of the NABOO Sytnyk.

According to him, after the failure of the transaction to the State migration service detained agents of NABU there. “Now all employees of NABU at work, no one was arrested. People are ready for this test” – skzaal it.

Sytnik accused the SBU in the disruption of special-ops NABOO

Sitnic also denied suspicions that the alleged provocation to crime by agents of the Bureau. “Undercover assignment is unacceptable provocation to the crime. Never our staff under the cover was not marked amount there was no provocation for the crime,” – said the head of the National anti-corruption Bureau.

Sitnic also said that the PGO and the security service have raided two safe areas on NABOO, as well as in areas Office employees and their relatives. In General, the searches included six employees of the NABU and investigative actions were carried out at more than 10 locations.