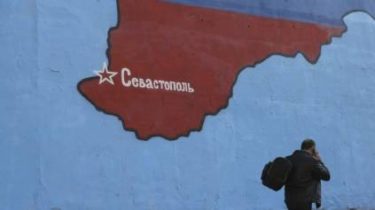 Edition BBC removed the video with the announcement of the cities to host the world Cup 2018in which Crimea was specified as part of Russia.

The video disappeared from the website of the Corporation after the representative of the European Commission Adam Kaznowski on the page of the publication on Twitter was outraged what he saw.

“Why the map shows Crimea as part of Russia? Crimea was illegally annexed and is a part of Ukraine under international law”, – he stressed.

In turn, the complaint was responded the Ambassador of great Britain to Ukraine Judith Gough.

“I suspect that this is an innocent mistake, sure, correct. Crimea is Ukraine”, – she said.

Why does this map show Crimea as part of Russia? Crimea was illegally annexed, is part of Ukraine according to international law, and should be recognised accordingly. @BorisJohnson @JudithGoughFCO

Recall, 16 March 2014 in Crimea, Russia held a so-called “referendum”, which allegedly most of the population of the Peninsula “made” for its secession from Ukraine.

According to the results, 18 Mar 2014 Russian President Vladimir Putin signed the so-called “Agreement on the adoption of Crimea in structure of Russia”. In addition to Putin, under this document, their signatures also put the so-called “Prime Minister” of Crimea Sergey Aksenov, speaker of the state Council of the Republic Vladimir Konstantinov and the “people’s mayor” of Sevastopol Alexey Chaly.

After a few days, namely on March 21 this document was the final stage of “ratification” in Russian state agencies and formally “entered into force”.

Ukraine and much of the world community has condemned Russia’s takeover of Crimea, saying that they consider its annexation, and the results of the “referendum” do not recognize at all.

Aggressive occupation of the Crimea by Russia lasted about a month, and supporters of the so-called “return” of Crimea to the Russian Federation has alleged that in fact all that happened was “the will of the people”.