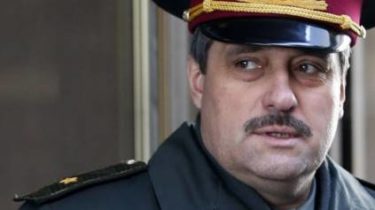 The hearing of the appeal General Viktor Nazarov on the verdict in the case of the Downing in 2014 plane over Lugansk were nearing the end. The judges have heard the last expert, says the story TSN.19:30.

Expert in airmobile forces once again confirmed the Commission’s conclusion, which was adopted last sentence. “The Commission came to the conclusion that the chief of staff major General Nazarov Victor Nikolaevich has violated some article. No measures have been taken to a safe landing Il-76”, – said the head of the Department of military expertise of the research Institute of the Ministry of justice Viktor Savicko. Nazarova this position is not satisfied. “No specific answer to any question he did not give, talk about anything,” – said the accused. A few days should be a debate, after which it will pause on the decision and his subsequent announcement.

Nazarov has appealed the sentence to seven years behind bars, because the General was found guilty of official negligence that led to the deaths of 49 soldiers in the plane Il-76 which was shot down by militants three years ago during a landing in the Lugansk airport. The experts recognized that the General could take action in order to save the plane, but didn’t.