“And this enemy will not wish.” The Kremlin’s reaction to the situation with Saakashvili in Ukraine 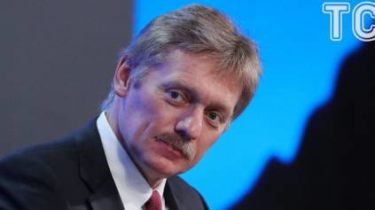 The situation with the ex-President of Georgia and former Chairman of the Odessa regional state administration Mikheil Saakashvili , official Moscow calls “the headache of the Ukraine, which the enemy will not wish.”

“We are seeing overall picture of what is happening. Of course, it is a headache Ukraine. Here, perhaps, and the enemy does not want, I would say. Although we do not believe, of course, the Ukrainian people’s enemy”, – said Peskov.

We will remind, earlier, on 5 December morning colleagues, Saakashvili stated that the policy in the apartment unknown knocked the door. Later it became known that eks-the head of Odessa region climbed onto the roof of the house, where she lives. There he was hiding from security forces. Also there was information that Saakashvili threatened to jump off the roof if he was approached by law enforcement agencies.

“Employees of SBU together with the Prosecutor General’s office of Ukraine in the framework of criminal proceedings opened under part 1 of article 256 of the Criminal code of Ukraine, was detained at his place of residence in Kiev, Mikheil Saakashvili. Militiamen detained Saakashvili in the presence of his lawyer. It is expected to undergo questioning by investigators,” – said in the message of the SBU.

The sanction of article provides imprisonment for the term from three to five years.

“In advance not the promised assistance of the members of the criminal organizations and concealment of their criminal activities by providing premises, warehouses, vehicles, information, documents, technical devices, money, securities, and in advance not the promised implementation of other actions to create conditions conducive to their criminal activities,” – said in the first paragraph of article 256 of the Criminal code of Ukraine.