Donetsk filtering station came from the fire, the employees hid in a bomb shelter 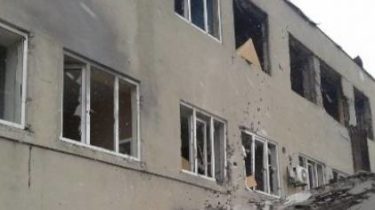 It is reported by the communal enterprise “Water of Donbass”.

Sunday, December 3, at 16.45, two shells got on the territory of the station. One ammunition fell near the entrance, second – near the garage.

As a result of explosions fragments of damaged OSB-plates, which are installed on the Windows instead of glass.

After the firing DFS employees was sent to the shelter.

We will remind, the special monitoring mission (SMM) of the OSCE in the Donbass, published a video night of the shooting, which occurred near the Donetsk filtering station. Deputy special monitoring mission of OSCE in Ukraine Alexander hug visits Donetsk after Verhnemullinskoy and filtration stations,said that the positions of the Ukrainian Armed forces and Russian-backed militant groups “DNR” are dangerously close to DFS.