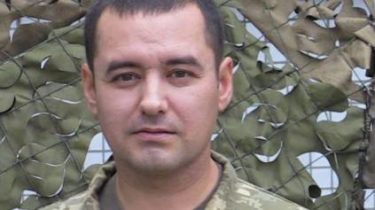 Social network Facebook has appeared a fake website of the Ministry of defence of Ukraine Vasyl Labem.

It says press center of the ATO headquarters.

“The Russian occupation forces created a clone account personal pages press-the Secretary of the headquarters ATO Basil Labem Facebook. On his behalf the occupiers are spreading information that is untrue, on the progress of the ATO”, – stated in the message.

1 Dec on fake web page Labem has information that Ukrainian military had allegedly left the village and may Gladosovo under Gorlovka who had recently taken control.

Reuters showed a photo of the liberated from terrorists Travneve

“Reliable information is available on the official website of the press center of the ATO headquarters and the website of the Ministry of defense of Ukraine. We urge the public not to succumb to provocations of the enemy” – say the headquarters of ATO.

This page Basil Labem in Facebook is at this link.

Recall that in late November due to lightning special operation under the control of Ukraine returned the may and Gladosovo. These settlements were in the so-called gray zone, where anarchy reigns, where mercenaries shelled Ukrainian positions. Russian propaganda responded immediately and issued a fake letter to the OSCE mission, the authorship of which allegedly belongs to local residents. The letter refers to the alleged repression committed by the Ukrainian military.