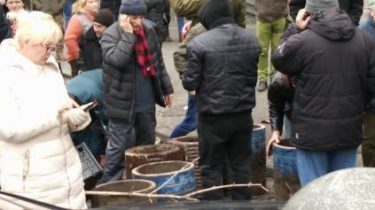 Associates policy , Mikheil Saakashvili, building barricades on the street three saints in Kiev, to exclude the traffic, which the security forces take out the leader of the “Movement of new forces.”