Parasyuk the court struck the officer 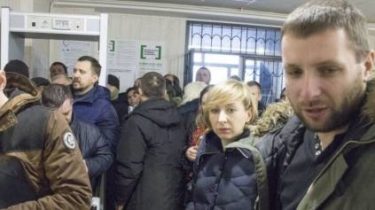 In Mariupol during the hearing of the appeal in the case of former volunteers of the ATO Anatoly Vinogrodsky and Leonid Litvinenko, the people’s Deputy Vladimir Parasyuk struck a law enforcement representative.

The Deputy was hit from behind by a police officer. In the video we heard that the policemen were asked not to shoot, but he continued.

When Parasyuk stabbed him in the hall appealed to the deputies to calm down.

We will remind, on October 17 under the Parliament building in Kiev between Parasyuk and Geletey was a fight. Politician and official has a verbal argument, and the people’s choice went to the use of force – pushed Geletey and kicked. And in November 2015 he kicked in the head , Deputy head of the Main Directorate for combating corruption and organized crime of the SBU Vasily Pisny.