This year Ukraine paid the IMF more than us $ 1.3 billion 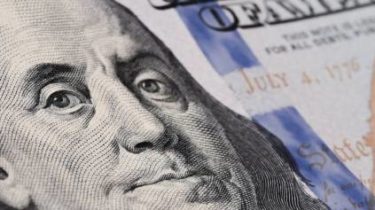 Ukraine on 1 December transferred to the International monetary Fund last payment in 2017 169 million dollars, total for the year paid 1,268 billion.

About this “Ukrainian News” reported the press service of the NBU.

According to the schedule of debt repayment to the IMF of December 1, Ukraine repaid 114.3 million special drawing rights (SDRs) – 169 million dollars. In just 2017 Ukraine paid 858,7 million SDR – about us $ 1.3 billion. Ukraine received during the year from one IMF tranche of $ 1 billion.

In March 2015, the IMF opened for Ukraine a four-year EFF program with the total volume of 17.25 billion dollars.

The first tranche Ukraine received in March in the amount of $ 5 billion, the second tranche of $ 1.7 billion was received with a slight delay in August 2015, and then there was a long pause in connection with the failure of Ukraine to a number of conditions, political crisis and change of government.

In September 2016, Kiev has received from the IMF next tranche of $ 1 billion as the last tranche of 1 billion dollars was transferred to the Fund in April 2017.

Earlier in the NBU reported that over the next four years, 2018-2021 m, Ukraine will have to annually pay $ 7 billion for loan obligations.