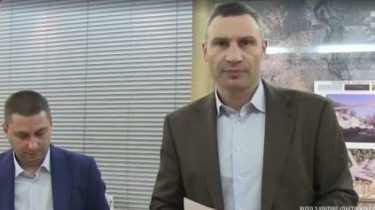 The mayor of Kiev Vitaly Klitschko tried to settle with the developer hay market, because he agreed instead of 22 floors to build only 19. Joy won a mayor victory is not shared by activists and ordinary residents of the nearby area, says the story TSN.19:30.

The compromise Memorandum appeared in the end of November and was intended to hold all parties to the conflict. However, the Kiev appeal to the General plan of the city, which indicates that the permissible height of buildings in the historical part of the capital should not exceed 27 meters – and it’s only 9 floors. Local residents concerned about the aesthetic appearance of residential high-rises amidst the ancient architecture and the load on the infrastructure, which barely withstands a densely populated area.

Videolar Klitschko went to the world Builder with the hay market, despite restrictions in the master plan of the capital

The position of the local residents understand and support the architect Vadim Zhezherin, who joined to write an open letter to Klitschko with accusations about violations of laws and the sole signing of the agreement without advice from architects and local residents. “We respect Klitschko as a very professional and best athlete in the history of Ukraine, and it is us professionals that is not very respectful,” stated the architect.

Officials explain that the General plan of 27 meters is a recommendation, not a requirement, and agreement to construction on the site of the former hay market has provided the Ministry of culture. “The city currently has no legal leverage over the developer. So this is the beginning of the negotiation process, and this suggests that the city is not” – says the head of the legal division of the Department of planning and architecture Victor Kolyadenko. Meanwhile, the object construction doesn’t stop – there are intensively erected one floor at a time even on weekends.