During the day no one Ukrainian soldier was injured – ATO headquarters 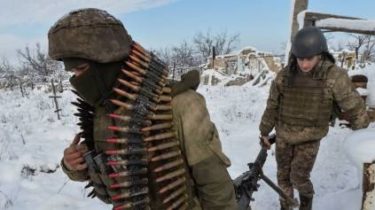 In comparison with the last days the militants have reduced the intensity of shelling in the Donbass. This is stated in the message press center ATO.

On Lugansk the direction terrorists from mortars of various calibers fired on fortifications, military near Luhansk, Russian Federation Novoluganskogo. From grenade launchers and small arms near the Crimean and Novotoshkivske.

In Donetsk direction of mortars and grenade launchers on the sea of Azov shelled the military in the Water, and from small arms – near Starognatovka. In the suburbs of Avdiivka by the terrorists violated the cease-fire from mortars and rocket-propelled grenades, and in the district of Bogdanovka used weapons, infantry fighting vehicles and rocket launchers.

The construction of the Press center of staff ATO 5 December 2017, Despite the fact that the Russian-terrorist troops continue stesnyat…

Posted by the Press center of staff ATO on Tuesday, December 5, 2017

In General, over the past day recorded 24 violations of the cease-fire. As a result of shelling none of the Ukrainian military was not injured.

We will remind, yesterday in the Chernihiv region said goodbye to Junior Sergeant of the 54th brigade Vladimir Maltsev. The fighter died a week before the muster.