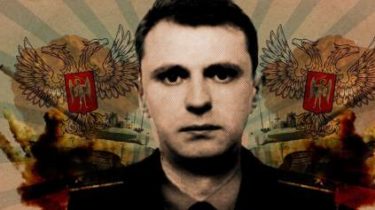 Counterintelligence of SBU together with TSN.ia continues to inform the public of the Russian citizens and Ukrainians-traitors who are involved in maintaining the existence of the “L/DNR”. 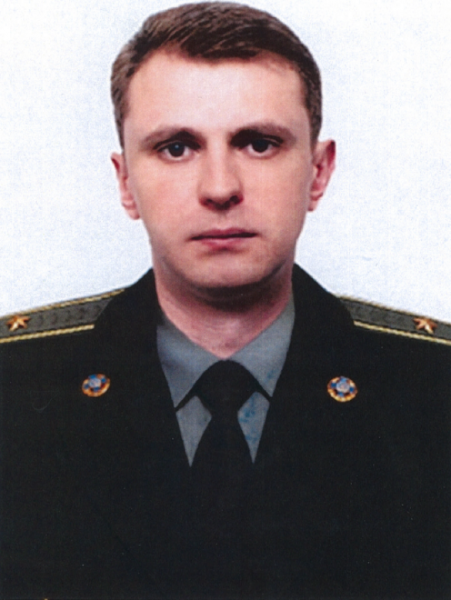 This time we will focus on Donetsk, the former employee of SBU, the George Sepashvili 1977.

Before the war he worked as the Deputy chief of Slavic city Department of management of SBU in Donetsk region. In 2010 he became a member of the Executive Committee of Slavyansk, acquiring bonds and reinforcing effect, which marked the beginning of a successful career. Later, he went to the increase in Torez city, already to the position of head of Department of SBU in the city. After the city Snow was appointed chief of the economic crime Department of the SBU.

Maintained friendly relations with SBU officers who had previously worked in Donetsk. Had connections with a criminal group from Yenakiyevo, which, according to media reports, submitted to the people’s Deputy Yury Ivanyushchenko, the so-called Yura Enakiyevsky.

When the Donbass fighting began, Sepashvili chose the side of Russia, going to 2014, in submission of the Moscow curators. Then he was appointed the Deputy “Minister of state security of DND”. 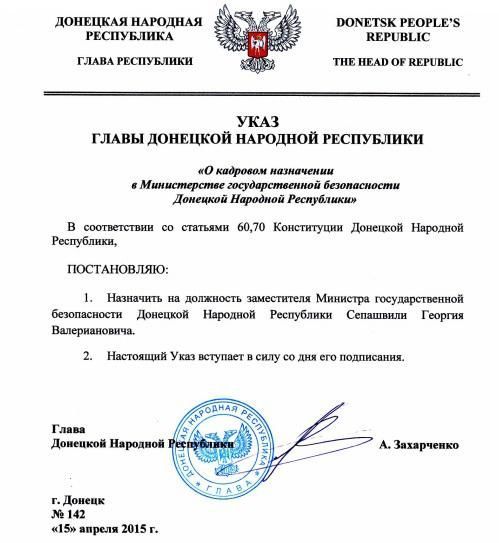 Sepashvili, took an active part in the creation of the “Ministry of state security”, which has repeated functions of the SBU. Was party to division of the so-called “obshchak” “MGB”, and the exclusion of those who didn’t want to share. Had a strong influence on the head of “MGB” Lukashevich, and so strong that they canceled their orders the arrest of those engaged in espionage.

Sepashvili not neglected and an independent income. Even while working in the SBU in Torez, he began “fronting” Copanca and retail outlets. As Deputy Minister DNR”, he just expanded his “business” by putting on positions of leadership of their people. Therefore, the coal zavozitsya controlled by the government of the territory of Ukraine, were delivered to enterprises a successful “businessman”, Sepashvili.

After the war some of the equipment was taken to Russia, and the plant itself, according to the testimony of the workers, working on defense aviation industry of the Russian Federation.

Sepashvili deliberately banned to ship its products to Russia, instead, for a pittance, and sold it to Ukraine and other countries. All who though somehow tried to interfere, or disappeared, or were arrested and detained in the basement of “MGB” or jail.

Also, Sepashvili had friendly relations with the chief bodyguard of the leader “DNR” Zakharchenko Dmitry “Berkut”, the head of the organized crime control Department “DNR” Sergey Tishchenko, and with a famous smuggler “DNR”, by General of the Russian Federation Igor Timofeev, which was discussed in previous publications.

Maintained friendly relations with the so-called agrarian Minister “DNR” Maxim Savenko. Sepashvili, “protected” activity Savenko and solved his trouble, under the guise of the leader of “DNR”.