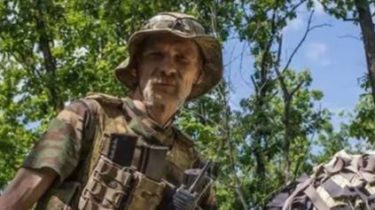 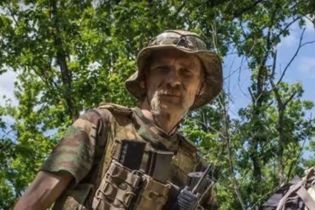 In the zone of ATO near Sands near Donetsk yesterday, December 4, during the shelling militants killed a military volunteer of the First assault company DUK “Right sector”.

Fighter Victor Matuhin with the call sign “Kazakh” was 51 years old. He came to Ukraine from Kazakhstan. Taught himself the Ukrainian language and he volunteered for the front. “Kazakh” was the most senior soldier in the unit.

“I fight for Ukraine not to die! And to then live happily!”, – I quote the words of the fighter on the First page of the assault to Facebook.

As it turned out, the victim was from the city. “Kazakh” is survived by his wife, according to the Lviv city Council.

The situation in the ATO zone remains complicated. From cannon of 152 mm caliber artillery gunmen fired Through the in the area of Svetlodarsk arc. Here the illegal armed groups do not stop with enhanced reconnaissance and organizing sabotage, the press center of staff ATO.

More than five hours of continued fighting near Luhansk. Ukrainian armed forces repelled the attack militants. The latter, retreating, left on the battlefield two wounded and one dead. The headquarters of the ATO reported that the Ukrainian position was attacked by a sabotage group from the 7-th separate motorized rifle brigade of the 2nd Army corps of the 8th Army of the southern military district of Russia.

We will remind, on December 1, another soldier of the Armed forces died from his wounds. He stepped on a landmine near the Popasnaya. The man was hospitalized, but he died from severe wounds.