In Georgia, commented on the detention of Saakashvili 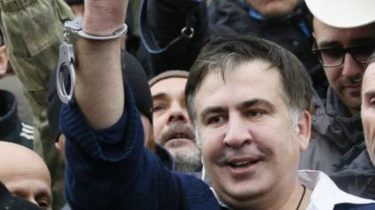 Ukraine must ensure the physical security of the ex-President of Georgia Mikheil Saakashvili.

This was stated by Secretary of national security Council of Georgia Mr. David Rakviashvili, reports “Interfax-Ukraine”.

“The events in these minutes in Kiev are internal political processes in Ukraine that we can’t give comments with political content. At the same time, in the midst of these events is the former President of Georgia, and this adds a special burden to these events,” he said.

He also added that Georgia is interested in the physical security Saakashvili.

“I hope that the physical security of Saakashvili in this challenging environment will be provided,” added Rakviashvili.