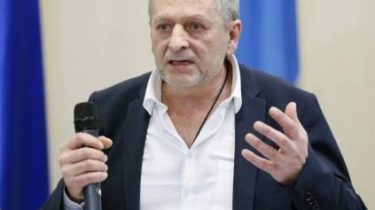 In the administration of the President of Russia refused to provide information about the circumstances of the dismissal of the Deputy Chairman of the Majlis of the Crimean Tatar people of Akhtem chigusa.

This is reported by “Krym.Realities”.

“This request was sent to the presidential administration of the Russian lawyer Nikolai Polozov Chiygoza,” – said in the message.

Earlier, the Kremlin refused to grant the Crimean lawyer Eden Semelab information on dismissal of the Deputy Chairman of the Majlis of the Crimean Tatar people Ilmi Umerov.

Chiygoza, whose occupants had been sentenced to eight years in prison, and Umerov, who was jailed for two years, unexpectedly for the General public and themselves prisoners freed on October 25. As it turned out, the freedom of the leaders of the Crimean Tatars became possible in the result of considerable efforts of the Ukrainian government and the personal intervention of the Turkish President Erdogan.