“Naftogaz” has left without licenses for oil and gas production 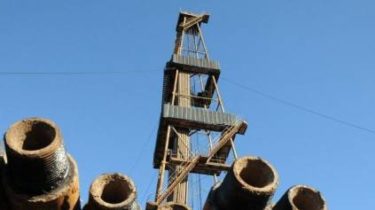 In the NJSC “Naftogaz of Ukraine” has taken away three licenses for oil and gas production in the Poltava region. Accordingly, the company now, not a single permit to develop oil and gas prospect in the free territory of Ukraine.

License December 1 were cancelled by the State service of Geology and subsoil on the basis of a court decision, reports enkorr.

We are talking about the special permits for use of Obolon (495,2 sq km), Budischanskaya-Chusovskoy (497,9 sq km) and Pisarevsky (471,9 sq km) squares, which were suspended in March.

Gosgeonadzor claim was based on the dissatisfaction of the Poltava regional Council, which on 31 January of this year officially called Gosgeonedra to take away from “Naftogaz” of these special permits, and appeals of the people’s Deputy Sergey Kaplin.

In turn “Naftogaz of Ukraine” States that have invested in these areas in General 799 million UAH. Also late last year an agreement was signed with its subsidiary company “Ukrgazdobycha” on the development of these areas. For 2017, the funding for this project was provided in the amount of UAH 1.1 bn.

In “Naftogaz” listed six licences for oil and gas deposits, on which work is impossible: three of them are located in the ATO zone, another three on the continental shelf.

Meanwhile, the government assures that before 2020 Ukraine will significantly increase production of gas and completely abandon the import.