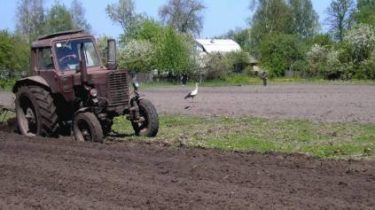 The Verkhovna Rada Committee on agrarian policy and land relations has supported bill No. 7350, which provides for the extension of the moratorium on sale of agricultural land until January 1, 2019.

This was reported on the official website of the Ukrainian Parliament.

Videopoetry on the sale of land can cancel the fall

17 people’s deputies-members of the Committee supported the decision to recommend the Verkhovna Rada adopt this bill as a basis and in entirety as a law.

The initiators of the extension of the moratorium on land sales were the parents of seven parliamentarians: Sergey Lobasyuk (group the will of the people), Valery Davydenko, Ivan Rybak, Nikolai Lushniak, Andrey kot (faction of the Bloc of Petro Poroshenko), Oleg Kulinich (group of the Party of Renaissance), Artem Vitko (faction of the Radical party). They made a bill to the Parliament on November 30.

The deputies in this document propose to extend the moratorium on sale-purchase of land until the settlement at the legislative level the procedure of agricultural land, but not earlier than 1 January 2019.

We will remind, the Prime Minister Volodymyr Groysman advocates against the sale of land to agricultural holdings and foreigners.

“It is possible to prevent the turnover of land among farmers-Ukrainians – individuals in those volumes which are necessary for the creation of agricultural enterprises”, – said the head of government.

Earlier it was reported that the President Petro Poroshenko gave the year for the creation of e-cadastre for the launch of the land reform.