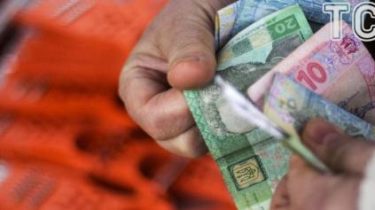 In November the pension in Ukraine increased on average by 41% in comparison with January of 2017, and is now 2 447 UAH.

As reported in a press-service of the Pension Fund, in January-November of the current year was provided payment of pensions and monetary assistance in full amount in all regions of Ukraine (excluding the Autonomous Republic of Crimea and uncontrolled territories of Donbass).

At the same time, own revenues of the Pension Fund in January-November this year increased by 29.5% compared to the same period in 2016 and $ 141,1 billion UAH, UNIAN reports.

“According to operational data, the budget of the Pension Fund of Ukraine in January-November 2017 through all sources of funding received 255,1 billion, of which own revenues equaled 141,1 billion UAH, which is by 29.5% or by UAH 41.6 billion compared with the corresponding period of 2016 and 16.5 billion UAH more than planned”, – stated in the message.

For the first nine months of 2017 from the state budget for the financing of pension payments was sent to 114 billion UAH. It is 18.3 billion less than planned, and 8.8 billion less than the corresponding period last year.

“According to operational data, the total expenditure on pension and other scheduled payments over 11 months amounted 252,7 billion UAH (excluding held in December 2016 pensions January 2017 in the amount of 10.4 billion UAH), which is 11.4% , or 32.4 billion UAH more in comparison with the corresponding period last year”, – stated in the message.

Recall that the Ministry of social policy announced another modernization of pensions for those who now receives a small payment for what was once a low salary.