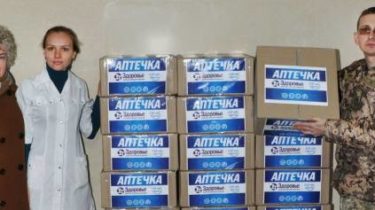 The results of the project, timed to the Day of Armed forces of Ukraine, were announced on 4 December 2017. According to military Commissar of Kharkiv regional military Commissariat Yuriy Kolgushkina, at the beginning of the charity the children were asked to draw or write a letter to combatants who are undergoing treatment in the hospital. Gradually, children joined adults who began to collect the necessary things. As a result, for patients of the Military medical clinical centre of Northern region were collected televisions, refrigerators, microwave ovens, water heaters and other household appliances. From the children of area soldiers handed over the drawings, posters, etc. 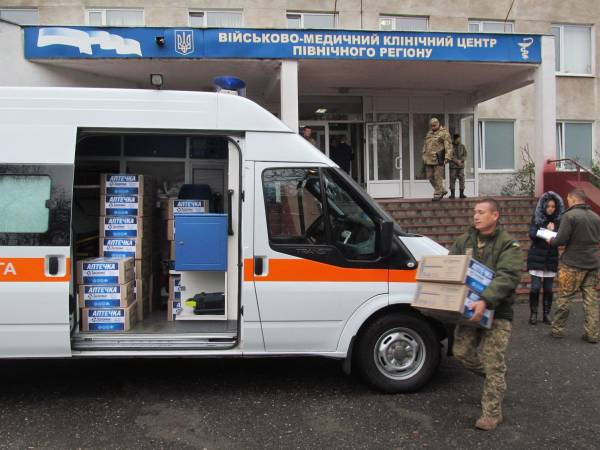 Did not remain aloof from important events in the life of Kharkiv and one of Ukraine’s largest producers of drugs — the pharmaceutical company “Health”. The needs of the military undergoing treatment at a local hospital, the company transferred cough medicines, topical in winter, anti — inflammatory, antipyretic drugs, and antiseptics.

Elena Pronina, Director of quality and certification of the pharmaceutical company “Health”, presented medicines on behalf of entire team of the company and wished the wounded soldiers, injured during ATO in the East of Ukraine, a speedy recovery and a peaceful sky over your head.

As stressed by Alexander dorovskoy, General Director of Health, assistance to victims in the ATO area, the company provides with the start of hostilities in the East of Ukraine and will continue to do so in the future.