The UN stated the mounting humanitarian crisis in the Donbass 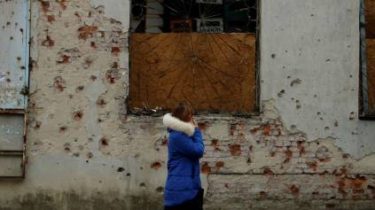 The humanitarian crisis in the East of Ukraine is growing. This was acknowledged by the coordinator humantech the UN Neil Walker, according to a story TSN.19:30.

The United Nations stated that more than a million Ukrainians have problems with access to quality food, electricity and water supply. In General, humanitarian assistance in the Donbas required more than 3 million people, almost two million of them live in non-government controlled territories. “12 thousand children once a month, survive the attacks, that is, they all need protection and psychological assistance”, – said the Minister of the temporarily occupied territories Vadim Chernysh.

Parubiy told, when Parliament will take up the project on the reintegration of Donbass

Ukraine took the first place in number of victims of mine and explosive injuries, as well as third in the world in terms of mining areas. “More than 200 thousand people live along the demarcation line every day and are the object of attacks. People have learned to live with it, schools closed bags, sleep in the basement. We want the Ukrainians and all people in the world understand that it requires some action and changes”, – said the UN representative Walker.