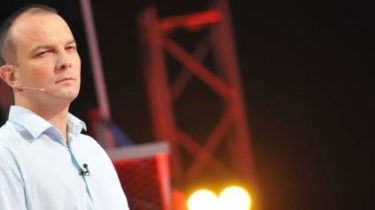 MP from the faction “Samopomich” Yegor Sobolev dismissed from the post of Chairman of the Verkhovna Rada Committee on preventing and combating corruption.

The work of Sobolev unsatisfactory. Further the decision will be submitted for consideration of the Verkhovna Rada of Ukraine.

Before the vote, the politician said in his Facebook that 15 months prevented Peter Poroshenko and his entourage to appoint an independent auditor NABOO, “by which they are going to deal with the team of Artem Sytnik”. “Recommended by the Committee, under my leadership, Robert Storch (auditor FBI), Marta the Borsch (the Prosecutor at the trial “U.S. V. Lazarenko”), and Carlos Castresana (head of the anti-corruption Tribunal for Guatemala), our kleptocrats did not fit. Now they have moved to the counter. Or they us, or we them,” – said the MP from the “Samopomich”.

In October this year, the General Prosecutor of Ukraine Yuriy Lutsenko said that his office may initiate withdrawal of immunity Sobolev for beating a member of the ATO Film Yaroslav. “As soon as we have the facts that directly indicate the fault of the MP, I certainly can’t rule out the idea of the abolition of parliamentary immunity”, – said the head of the GPU.

Lutsenko noted that the circumstances of the incident burdened the fact that Sobolev has positioned itself as one of the organizers of the protest. The people’s Deputy does not mind if it will remove the immunity, and even he is going to vote.