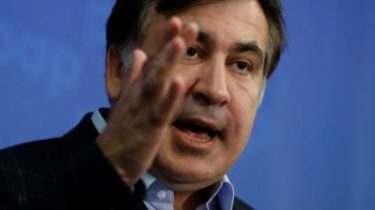 The leader of the party “Movement new forces,” Saakashvili appealed to the National anti-corruption Bureau’s statement on crimes committed by Prosecutor General Yury Lutsenko, the head of the SBU Vasyl Hrytsak and the leadership of other law enforcement agencies.

About it reported in a press-service of the party.

“Today (December 6 – approx.ed.) Mikheil Saakashvili has submitted to the NEB a statement about the Commission of a crime by a group of persons headed by the Prosecutor General of Ukraine and the Chairman of the SBU. The statement claimed that under the personal direction of Yuriy Lutsenko and Vasyl Hrytsak and his Deputy Paul Demchina and Viktor Kononenko “committed several criminal offences against my associates with the use of official position contrary to interests of service, causing significant harm to legally protected rights, freedoms and interests of me and my friends, including the citizens of Georgia and to the public interest”, – stated in the message.

The statement said Saakashvili in the actions of several officials of the GPU, the SBU, GMR, Gasparrini service and Administration State security are a crime under article “Abuse of power and official position”.

“Collectively described in the statement of acts “evidence of the offence provided for in article 255 of the criminal code – a criminal organisation to commit serious or particularly serious crimes,” – said the press service.

Saakashvili called on the NEB to take his statement, to make the information in eRDR and immediately begin pre-trial investigation.