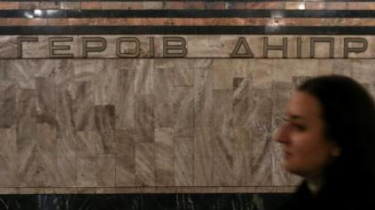 In Kiev, the “miner” of the Moscow subway was sentenced to four years imprisonment.

“The verdict of the Dniprovskiy district court in Kyiv attacker for committing a criminal offense under part 2 of article 259 (Obviously untrue report on threat of safety of citizens, destructions or damages of objects of property) the Criminal code of Ukraine, was sentenced to four years imprisonment”, – is spoken in the message.

As noted, the 36-year-old previously convicted for the same crime, the man fully admitted his guilt.

We will remind, the message that at the metro station “Heroes of Dnepr” laid the explosives, was reported to the police, on 22 and 25 April. Because of the “mining” of the station was closedand passengers had to walk from the metro station “Minsk”.

After a thorough examination of the object and adjacent territory of the staff of the relevant services did not detect dangerous items. And after carrying out a complex quickly-search actions have detained a “miner”. It turned out that the attacker used a pay phone on the street Popudrenko.