Lutsenko told about the change in the status of wanted Saakashvili 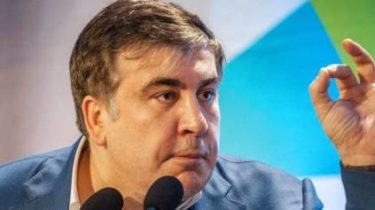 In the evening of 6 December the leader of the party “movement novih forces”, the former head of the Odessa regional state administration Mikhail Saakashvili will have the status of a suspect in an open criminal proceedings.

This was stated by Prosecutor General Yury Lutsenko during a speech in the Verkhovna Rada.

“In connection with the flight yesterday Saakashvili, due to the fact that he is wantedtoday in the law an established order in his place of residence and its protection aimed suspicion”, – he explained.

According to Lutsenko, in fact, until the end of the day it will be considered as presented.

Videosgallery avoids the question about his possible arrest

After that, the attorney General said, Saakashvili will have the status of a suspect on charges of assisting a criminal organization.

Note, on the eve after escaping from a car of law enforcement officers Saakashvili received the status of a fugitive from custody.