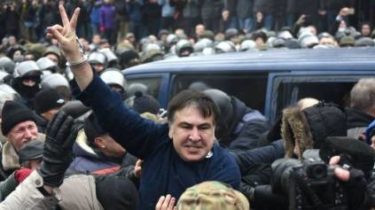 Information about Mihaila Saakashvili appeared in the open database of the Ministry of interior in the list of fugitives from the authorities.

Our database noted that Saakashvili had “disappeared” on 5 December. While looking for the Main police Department in Kyiv. Charges – 256 part 2 of the “support to members of the criminal organizations and concealment of their criminal activity”.

Note that in the morning Mikheil Saakashvili was in a tent camp near the Parliament and even gave a briefing to journalists. 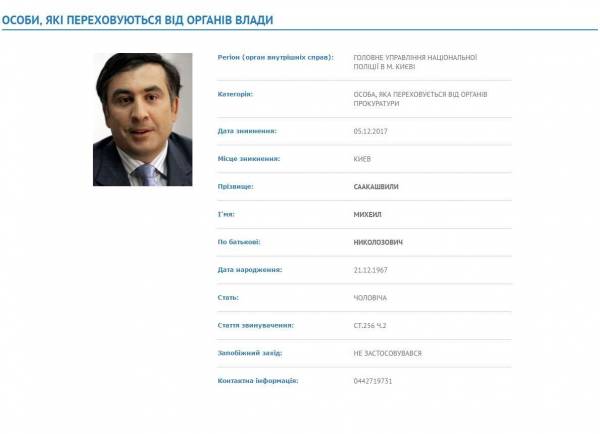