Ukraine will reduce import duties on cars from the EU. How will this affect the prices 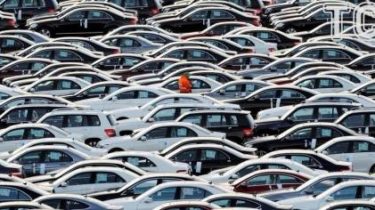 From 1 January 2018 Ukraine will reduce the import duty on vehiclesproduced in the countries of the European Union. The fee will gradually decrease over the next ten years. At the same time, dealers say that significantly impact on prices is not result.

The gradual reduction of customs duties on imported cars as required by the agreement on free trade Zone between Ukraine and the EU, and applies to both new cars and old. This writes UNIAN.

Fiscal service and Ministry of economic development on the basis of an agreement created and brought to execution schedule for reducing customs duties on cars, territory of origin is the European Union. In accordance with the schedule to wait for the zeroing of duties, Ukrainians will have another seven to ten years depending on the chosen car. An average of 10% duties on import of passenger cars should be reduced within 10 years annually by 0.9%.

Used cars up to 5 years with all types of engines:

It’s important to not just mark the car belonged to the company of the member countries of the EU, and the car was produced in the territory of the European Union. For example, at reduced fees, it is possible to introduce in Ukraine the American car brand Ford if it was assembled at the factory in Germany. But cannot be started at reduced rates VW, assembled at the factory in Mexico. To import a car from the EU at reduced duties, the importer will have to produce in customs the certificate of origin of the car.

Experts of the automotive market are confident that the reduction of duties will not affect retail prices for cars – too small a share of this reduction is the cost of the car.

“This will not affect the market. The reduced fees next year by 0.9%. The car cost 10 thousand dollars of 0.9% is $ 90. Is this the decline?”, – says the General Director of the Ukrainian Association avtoimporterov and dealers Oleg Nazarenko.

He noted that the machines are not cheaper and in ten years after zeroing duties. Each year, the cost of machinery is increasing, and lower fees only partially able to compensate for her height.

“Every year is gaining momentum new requirements regarding the saturation of the machines safety systems, and the like. The car becomes more environmentally friendly, but also more expensive. The car is expensive, and the reduction of duties may not be a lot to compensate,” – said the head of the Association.

Car dealers also consider that the reduction of duties will not lead to an increase in the share of the European auto market of Ukraine. After all, European cars more Asian.

“The reduction of duties is very small, it does not affect prices or on market capacity. More significant factors – the pricing policy of manufacturers, policy model range, the dynamics of exchange rates. For example, during the year, the Euro rose against the dollar by 10-15%. That is, all imports from the EU automatically has risen by 10-15% in comparison with imports from other countries,” said Director of marketing group of companies “AIS” Sergey Borovik.

He is sure that the end user will not feel the difference in price from the reduction of Ukraine’s import duties on cars. In addition to duty on retail price of cars ultimately affect the rates of excise duty, VAT and Pension Fund tax, which account for the lion’s share of payments for foreign cars. Therefore, the annual reduction of duties by 0.9% will remain virtually invisible in the dynamics of the price of the car.

Little impact on prices for European cars could be a momentary reduction of duties to zero. However, zero duty with no transition period was not supported neither by Ukraine nor by the EU. The lobbyists of the Ukrainian automotive industry expect that during the transitional period of the Ukrainian automotive industry will be able to regroup and begin to compete with its European neighbours.

At the same time set a limit on concessional rates for cars imported from the EU – not more than 45 thousand cars in 2018. If the limit for the year will be exceeded, the fee will return to the level of 10%. One Association of manufacturers in the first nine months of 2017 notes that total imports of passenger cars in Ukraine amounted to 109.6 thousand units, the import from EU countries is 69.6 thousand pieces If the stats are confirmed officially, the limit is exceeded in the next year concessional duty will not work.

To significantly reduce the price of cars would the location of the automobile some kind of trade mark in Ukraine. However to do that yet no hurry. Another way out – the abolition of excise duty to the Pension Fund during the initial registration of the machine and VAT. In the Parliament there are several such bills, which are unlikely to become a reality, because the abolition of these payments will reduce income to the state budget.