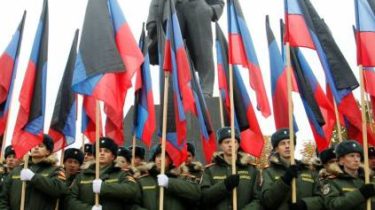 Ukraine’s Ambassador to Finland Andriy Olefirov has responded to the information about the opening of the country’s “representative “DNR”.

This was reported on the official website of the Embassy of Ukraine in the Republic of Finland.

“On 9 December.Beckman intends to “open a branch “DNR” in Helsinki. In my opinion, this “West” should raise legitimate and serious concerns of authorities of Finland, taking into account the fact that the public promotion of the activities of terrorists who hold temporary control over certain areas of the Donetsk and Lugansk regions of Ukraine, is clearly contrary to the official policy of Finland and the EU”, – stated in the message.

Lugansk militants announced the opening of its office in Austria

Olefirov grateful to Finland for its continued support for the territorial integrity and sovereignty of Ukraine.

“I am grateful to my colleagues – Finnish diplomats for the fact that they spread fake information about the nature of the T. SV. “the mission of the DNR” in Finland, and in September of this year, a diplomatic note has brought this information to all foreign embassies in Finland”, – he added.

In addition, Olefirov told TSN.ia about the propagandist Johann Beckmann.

“He’s known about him wrote the New York Times and other media, it is an odious figure here. On the other hand, thank God that he is alone. He lives in Russia, Moscow in particular and in other cities. He had been in the Donbas. In Russia it is represented as an activist on issues of human rights and associate Professor at the University of Helsinki. But this University threw it out many years ago. This is the kind of person who likes to be Pro-Russian propagandist. Therefore, each time via their web page (last time it was in September, and now again), he said that supposedly something will be open,” commented the Ambassador.

He said that the official note to the foreign Ministry not only I’m informed and crane stay, that is Finland, but other that there can be no representation of an organization that is not recognized by anyone.

“And Finland strictly adheres to the sanctions policy of the European Union. In our time it is impossible to deny that a person wrote such things, especially on a domain .EN,” – said Olefirov.

Recall that in “DNR” declare that on 9 December in Helsinki, Finland, will open the so-called “Executive center” of the self-proclaimed “Republic”. It was reported that a “centre” was founded in the fall of 2016 and during the year perform some function. After the Grand opening it will expand its operations in the country. The office is headed by the Finnish political scientist Johan Beckman.