Anti-corruption court and reform path. What Poroshenko said and Lagarde 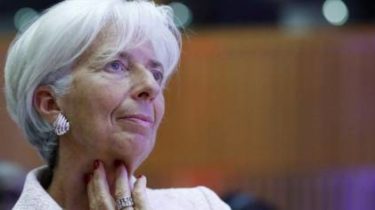 The President of Ukraine Petro Poroshenko and managing Director of the IMF Christine Lagarde coordinated approach to the creation of an anti-corruption court, taking into account the relevant initiatives of the state and to ensure effective functioning of anti-corruption institutions.

This is stated in the press service of the head of state.

“The President and the managing Director of the IMF urged political forces in the Verkhovna Rada of Ukraine to demonstrate exceptional responsibility and to unite in support of the bill on the anti-corruption court for its prompt consideration in this year”, – stated in the message.

Videoporoshenko and Lagarde will hold a meeting today in Davos

The IMF supports the efforts of the Ukrainian authorities in the fight against corruption taking into account the achievements towards the creation of appropriate anti-corruption institutions.

Poroshenko also said Christine Lagarde on the progress of reforms in Ukraine.

Recall, 6 December, the parliamentary Committee on preventing and combating corruption voted for the liberation Yegor Sobolev the Chairman of the Committee. Supported the proposal of the 12 deputies from the faction “Block of Petro Poroshenko”, “Revival”, “Opposition bloc”. Two abstained.

The EU expressed concern over possible layoffs Sobolev. The head of delegation of European Union to Ukraine Hugues Mingarelli called on the Parliament to think seriously before making a decision. Mingarelli noted that in recent years anti-corruption Committee of the Council headed by Sobolev “made a very important and amazing work to assist in the creation of new bodies to combat corruption.”

Today, 7 December, the Verkhovna Rada voted for the liberation of the people’s Deputy Yegor Sobolev as the head of the Committee on preventing and combating corruption. “For” voted 256 people’s deputies, against 72, abstentions – 12, did not vote at all 38 people’s deputies.