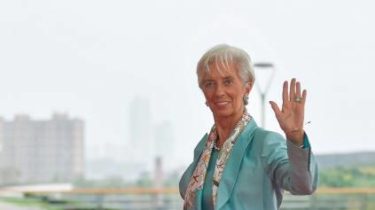 The managing Director of the IMF Christine Lagarde called “open and constructive” telephone conversation with President of Ukraine Petro Poroshenko on the situation of anti-corruption institutions in Ukraine.

This is stated in the official statement of the Foundation, writes UKRINFORM.

“I had a constructive and open discussion with President Poroshenko of Ukraine’s efforts in combating corruption, which expects the Ukrainian society, and that is crucial to enhance transparency and accountability, and creating conditions for sustainable growth”, – reads the statement of the head of the Foundation.

Lagarde stressed that, for their part, she believes it is important to ensure that investigations and operational response to corruption.

She supported the agenda of President of Ukraine on the submission of bill on the corruption court to the Parliament in the coming days, according to the recommendations of the Venice Commission and arrangements under the IMF program.

She also assured President Poroshenko that “the IMF together with other international partners are ready to further support Ukraine in the fight against corruption.” In addition, Lagarde urged the Ukrainian authorities “to accelerate the implementation of reforms needed to further improve the prospects of Ukraine’s economy and its people.”

Recall, 6 November, the representative of the President in the Verkhovna Rada Iryna Lutsenko said that in the case of not posing the parliamentary working group on elaboration of principles of the draft law on the Anticorruption court within two weeks, the President will present his version of the document. Lutsenko noted that it was a requirement of the protesters outside the Parliament, and it was part of judicial reform.