Gerashchenko wants to vote for auditor of NABOO, who has an office in USA 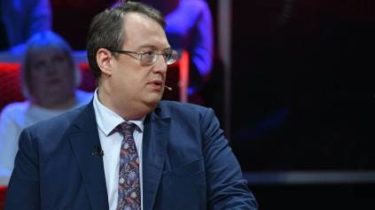 MP from “popular front” Anton Geraschenko said that he would support the candidacy of Robert Storch for the post of auditor of NABOO from the Parliament.

Videostart or Soup: the deputies did not come to a consensus regarding the auditor NABOO

In response, MP Mustafa Nayem noted that Storch it is impossible to assign, since he already has a position in the United States. Therefore, he proposed to vote for someone of the other two candidates – the American lawyer March Soup or Spanish Prosecutor Carlos Castresana.

“If Robert Storch loves Ukraine, he declared at a meeting with MPs if he wants to help us conduct an honest audit of NABOO, I think he will quit his post to work for the good of our country”, – said Gerashchenko.

Earlier, the head of the anti-corruption Committee of the Parliament Yegor Sobolev is not allowed to consider on the Committee of a candidate for the office of the auditor NABOO Nigel brown, because he was “discovered manipulation of the document of the Parliament to promote Mr. brown.” Sobolev also accused brown of having links with the Russian oligarchs. 13 MPs to bypass the Chairman of the Committee met and voted for candidates.

12 Jul anti-corruption Committee of the Verkhovna Rada recommended that the four candidates for the post of auditor of NABOO.