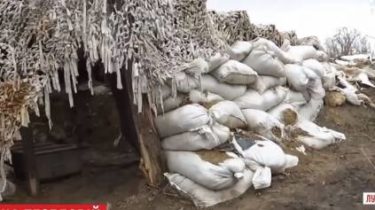 Ukraine on Friday suffered another loss at the forefront of the ATO. Only one unit has two dead and three wounded, says the story TSN.19:30.

While information from the scene of fighting a little. We only know that the enemy intensified at Svetlodarsk arc and released more than fifty mines in the area recently liberated by the army Travneve. On the sea of Azov at this time under mortar attack hit the Water, and near the occupied Donetsk of the caliber of the enemy fired on Experienced and the area of Avdeyevka.

As reported in for Thursday, December 7, in the area of ATO in the Donbas killed one Ukrainian soldier. Three more were injured. One of them exploded on the stretch, two more were wounded during the shelling.