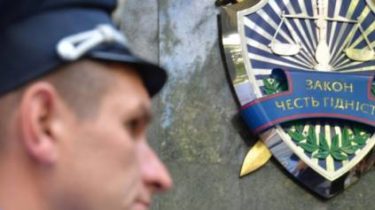 The General Prosecutor of Ukraine filed a case after the statement on criminal offense for employees of NAB, which conducted searches in the building of the Ministry of justice.

About it reported a press-the Secretary of GPU Andriy Lysenko on his page in Facebook.

Employees NABOO has suspended access to the electronic declarations of officials

He said that the statement that the NAB had violated the law during the searches, was signed by the Deputy Minister of justice.

“The statement also pointed out that the search was conducted in violation of the code of criminal procedure, and in the actions of the appropriate officials of NABOO seen signs of a criminal offense under part 2 of article 162 of the Criminal code of Ukraine. On this fact the Prosecutor General’s office of Ukraine submitted to the Unified register of pretrial investigations and initiated.”, he said.