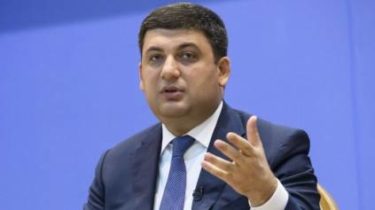 Prime Minister Volodymyr Groysman participated in the fourth meeting of the Association Council EU-Ukraine. After that he went to the press with the chief diplomat of the European Union Federica Mogherini, says the story TSN.19:30.

2018 should be the year of economic growth.

Mogherini praised the Ukrainian government for reform, particularly medical and pension, but encouraged, despite the difficult situation in the East, not to stay on the path to change. The EC representative recalled that the European partners expect effective anti-corruption institutions. “The fight against corruption is the basis for all reforms. A lot has been achieved, but there are still some political conditions in the fight against corruption, which should be done. I know how the Prime Minister devoted to this goal,” said the Supreme predstavni of the European Union for foreign Affairs.