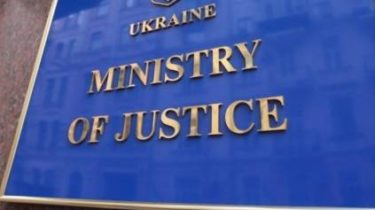 The Ministry of justice of Ukraine will complain to searches by members of the National anti-corruption Bureau in the Prosecutor General’s office and international partners.

This was stated by first Deputy Minister of justice Natalia Bernatsky at the briefing.

“We sent the statement to the public Prosecutor about the offence required an immediate investigation, but also appeal to the ambassadors of the “Big seven” with information about what is happening, outlining the plot of the case and the illegal actions of NABOO in the building of justice,” she said.

At the same time the Ministry promised to report on the actions of NABOO colleagues from the United States.

“We also appeal to the U.S. justice Department, which says it has a cooperation agreement with the NEB, and claimed that the Ministry of justice of Ukraine are the pressure and actions that do not conform to any provisions of national and international legislation”, – said the Bernatsky, noting that the search was conducted by three members of the NABOO.

Separate Bernatsky said that after searches in the Ministry of justice detectives came from the investigation actions of home to the head of the Secretariat of the government Commissioner, who represents Ukraine in the ECHR.

“There’s the court decision was. But the search began without lawyers. And when she tried to call the lawyers, no one wanted to look. After they arrived, no one wanted to admit. Searched the car,” she concluded.

We will remind, earlier employees of NABU raided the office of one of the officials of the Ministry of justice, as well as the employee Department. The Bureau noted the legality of such investigations. According to the Bernatsky, detectives actions were illegal and during the searches could steal certain documents.