Depositors of the failed Bank “Khreschatyk” will once again give money 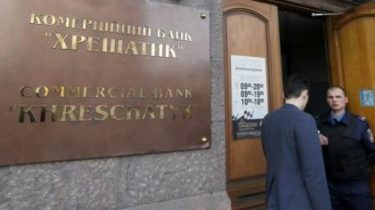 From tomorrow, 12 December, the Deposit guarantee Fund of individuals ‘ resumes payments to customers of the failed Bank “Khreschatyk”. They will last until 25 January 2018.

“To obtain reimbursement of the depositors of PJSC “CB “Khreschatyk” may apply with a passport and a document on assignment of registration number of accounting card of the taxpayer (identification number) to the Bank-agent of the Fund of PJSC “Alfa-Bank”. Payments to depositors are performed in the size of the contribution, including interest accrued at the date of the procedure of conclusion by the Foundation of the Bank from the market, but not more than 200 thousand hryvnias”, – explained in the DGF.

We will remind, in June of 2016, it became known about the beginning of procedure of liquidation of the Bank “Khreschatyk”, which runs until June 2018. Earlier it was reported that a recognized insolvent Bank “Khreschatyk” has exposed on sale of bonds that were not secured and issued by firms with fictitiousness signs. The Fund of guaranteeing the deposits of individuals conducted a sample audit of these documents and 85% among them were unsecured.