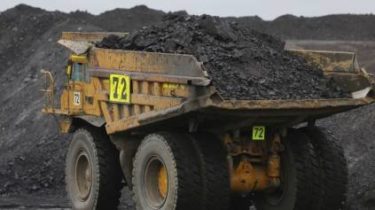 In Ukraine, thermal power plants, a decrease in the consumption of anthracite coal group – the annual volume of use was almost half less than last year.

This was stated by Vice Prime Minister of Ukraine Volodymyr Kistion.

According to Kistina, it became possible due to active government measures to transfer blocks of anthracite of Ukrainian thermal power plants to gas group.

Separately, he said that a strategic objective for next year is to increase production of its own coal of the gas group.

“Last week, the government had established the national coal company, which included more than 30 state-owned mines. The next step is the appointment of the management that should decide what a promising mine in which it is necessary to invest financial resources to upgrade them. By running this process, we are able to reduce the costs of the unprofitable mines in the amount of 1.5 billion hryvnia per year. This is the funds for the modernization of coal enterprises to increase production of Ukrainian coal brand “G” – summed up Vladimir Kistion.

Earlier, the anthracite imported from South Africa and imported from uncontrollable Ukraine territories. Particularly acute question of supply of coal for thermal generation after the beginning of the blockade of supplies of coal production from the area ATO at the end of January 2017.

In July one of the largest Ukrainian energy company “Centrenergo” has concluded with the American company XСoal Energy & Resources supply contract to end this year 700 thousand tons of anthracite, and in September arrived in Ukraine the first ship from the USA and anthracite.