Near the jail with the detainees Saakashvili blocked the street 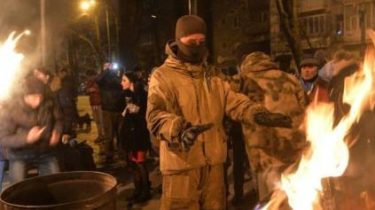 Mazepa street from the night blocked for the movement of private vehicles, it only moves transport police officers. Near the street – on the Askold lane is in jail right now is the politician Mikheil Saakashvili.

Saakashvili’s lawyer argues that his client uses only water

Tonight expires term of detention of the leader of the “Movement of new forces.” During the day the policy must deliver to the court to choose for him a measure of restraint. Meanwhile at the detention center of the SBU were supporters of the policy intending to block the exit to prevent the court.

We remind that on 8 December police arrested Saakashvili and taken to the detention center of SBU Askold lane.