Opened in Paris a restaurant for nudists 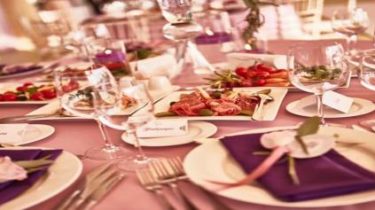 In Paris opened a restaurant where it is possible to strip and eat naked.

The institution is popular, has a delicious menu and reasonable prices. You can visit it by appointment only.

The restaurant is called “O Naturel” and is located in the 12th arrondissement of Paris.

In the restaurant you can not use mobile phones. It works only in the evening. A comprehensive three-course dinner costs an average of € 49.

However, the waiters serve customers dressed as it is stipulated by law.

Recall that in the occupied Crimea 2014 Aksenov decided not to touch Crimean nudists, because they “pay money”. Then the self-proclaimed Prime Minister of the puppet government of Crimea Sergey Aksenov said that to deal with the nudists on the beaches with the “Crimean self-defense” is too cruel.