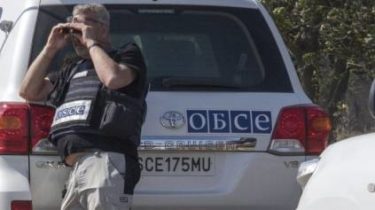 The observation mission of the OSCE in the Donbass has recorded an increase in the number of violations mode “silence” in the ATO zone during the period from 19:30 on 7 December at 19:30 on 8 December.

It is stated in the report of the organization.

“In the Donetsk region, the SMM observed a rise in the number of violations of the cease-fire, when compared with the previous reporting period (fixing in particular approximately 560 bombings against about 200, respectively),” – said the OSCE.

“In the Luhansk region, the Mission noted the increase in the number of violations of the cease-fire, at the same time fixing a smaller number of explosions (about 70), when compared with the previous reporting period (about 120 explosions)”, – said the observers.