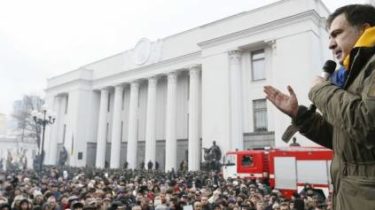 The former chief of police of the Luhansk region Yuri Mockingbird in comments TSN.ia confirmed that the leader of the “Movement novih forces,” Mikheil Saakashvili, was detained at his home.

According to Pokerparty, the politician was treated.

“The man is sick, we evacuated him and gave him medical assistance, as a person,” said former chief of police of Lugansk region, refusing further comment.