The lawyer told details of detention of Saakashvili 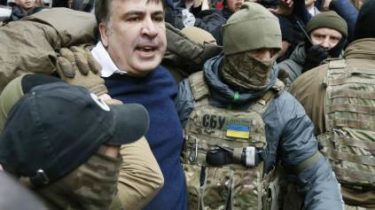 Lawyer Ruslan said that the politician Mikheil Saakashvili was arrested about 21:50.

“He’s after 5-6 number of sick, was at a friend’s apartment on the street Otradnaya and came back to normal. After the arrest he was taken to the detention center of SBU, he was treated normally, to capture the power in the process of his detention was not” – said the lawyer.

Chernolutsky reported that Saakashvili feels “more or less normal”. “When detained, the blood pressure rose and was having heart palpitations, was stressed. On arrival to the prison, we offered to provide him with medical assistance to him during this time four times the doctor came, gave medications, checked the pressure,” he said.