The Prosecutor’s office said that is happening now. 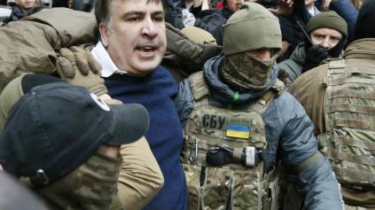 According to her, Saakashvili along with his lawyers present.

“All the action takes place with the observance of the procedural legislation”, – wrote Gar on Facebook.

That Saakashvili got his lawyers also said the companion policy Yuriy Derevyanko. Now the supporters of the leader “RNS” waiting under the building of SBU, when they will come out and give more information.