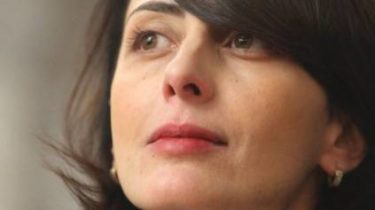 Former head of the National police of Ukraine Khatia Dekanoidze called the Prosecutor General Yuri Lutsenko , the main tool of the President in the fight against political opponents.

“Honestly, I know better when the General Prosecutor’s office continued the tradition of Shokin and cut down the patrol police, using the slogan -“they think they are cool? We’ll show them”. So long as the attorney-General is the main tool of the President, the authorities in the fight against political opponents, against the NAB and anti-corruption reforms in the country. He taunts partners and jeopardizes all technical assistance and the trust of the West. He speaks of iniquity, knowing that the law changed in order for Ukraine to receive the public Prosecutor without a legal education,” she said.

December 8, police arrested Saakashvili and taken to the detention center of SBU Askold lane. Prosecutor General Yury Lutsenko said that now planned investigative actions and appeal to the court concerning election of a measure of restraint for.