On Darnitsa CHP began an extraordinary inspection because of the smoke 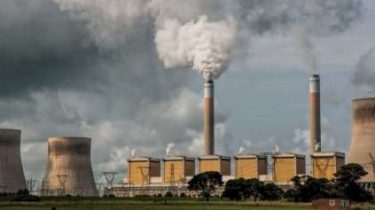 The state environmental Inspectorate on behalf of the head of the Ministry of ecology and natural resources conducts an unscheduled inspection of the Darnytsia combined heat and power, as reported by himself Ostap Semerak on the page in Facebook.

“This object is breaking all records in the number of complaints received from citizens during my tenure as Minister. CHP is the heat for approximately 120 educational and medical institutions and more than 270 thousand residents of the capital. That is why this business should be an example of environmental responsibility and not a potential danger to life and health of the citizens”, – said the Minister.

Air pollution on the Earth has reached record levels. Infographics

According to him, the audit will be salsano later.

We will remind, recently in the capital rescuers eliminated the four landfills of mercury lamps. They were all found mainly in the forest areas of the city. In gschs urge citizens not to throw out such lamps in the garbage, and take in special points of reception because they carry substantial risk to the lives of people and the environment.